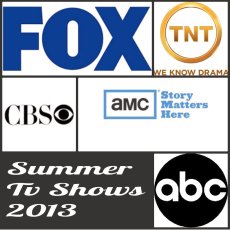 Three estranged siblings come together upon their father’s death. When they discover that their father left them a sizable inheritance once they answer some questions about their lives, à la Trivia Pursuit style.

Mistresses is an upcoming American drama series based on the 2008–10 British series of the same name about the lives of four female friends and their involvement in an array of illicit and complex relationships.- Wikipedia

The story picks up a year after the close of the Rosie Larsen case with Sarah no longer working as a detective. But when her ex-partner Stephen’s search for a runaway girl leads him to discover a gruesome string of murders that connects to one of her earlier murder investigations, she is drawn back into the job.-EW.com

I’m so excited that this is returning for a third season. I never understood the backlash this show received after the first season. To me, the show was always about Rosie Larsen’s murder and even through they didn’t solve the murder during the first season, I wasn’t surprised.

Under the Dome (CBS)

Based on Stephen King’s novel, Under the dome. An invisible force field descends upon a small town in the northeastern part of the United States. -IMDB

Survivors of an alien attack on earth gather together to fight for their lives and fight back. -IMDB