Two comics sit down and share their opinions on life, from instafamous to TV, as two Dominicans from the Bronx can tell it. Starring  Darlene Demorizi and Sasha Merci.

These two are like your friends sitting on a couch to talk about anything and everything that pops into their heads. There isn’t much sense to it, and there isn’t much direction to it either. It’s basically two women who want to share their opinions but don’t want to offend anyone either. So, it’s just random discussions about random stuff that is happening around them, but it doesn’t necessarily have anything to do with you. This show is not worth a watch.

A widespread power outage causes chaos. The COBRA committee works hard at finding a way to turn the lights back on. Starring Victoria Hamilton, Richard Dormer, and David Haig.

I have to say this show was poorly written. It did seem to take on the British government and real life in the parliament. It would have been an interesting show if they worked with the inside of the actual COBRA committee. The show is very boring, without a lot of thrills or suspension. The characters don’t give us much depth or a feeling to care about them. Overall, the show is unrealistic and not entertaining enough to continue watching. This is not worth the watch.

On the trail of a missing girl, an ex-cop comes across a secretive group attempting to summon a terrifying supernatural entity.

Based on the 2014 romance novel of the same name, this follows the love life of two young adults.

Two New Orleans paramedics’ lives are ripped apart after they encounter a series of horrific deaths linked to a designer drug with bizarre, otherworldly effects. 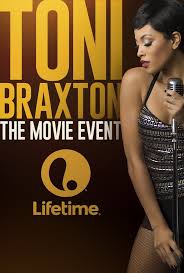 I was surprised by how bad this film was. I know it was a Lifetime film, but I thought it would have been better with Braxton helping with the script. It didn’t help, nor did it give us an inside story of her life. Instead, it’s everything that we know about her – just scripted out rather than giving us a glimpse into her life. The acting wasn’t really bad, but the lip syncing was horrible. I’ve never seen it this bad in a film. It’s a film that isn’t worth a watch. 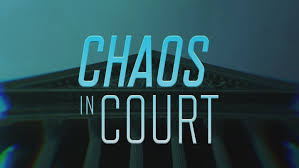 This seems to be a remake of the show on A&E, Court Cam. However, it’s not well produced. We have a narrator explaining what’s going on, but we also have interviews with experts from different fields commenting on what’s happening. To me, the show doesn’t have the thrilling anticipation of what comes next that the A&E show had. The interviews don’t help tell the story of what is happening in the court room – they only interrupt the flow of the action. This show is not worth a watch.

Dan is struggling as he loses his job right before Christmas. His wife files for divorce, and while he doesn’t get a job as a mall Santa, the real Santa notices and auditions for the job. Starring Ethan Erickson, Anne Dudek, and Annie Thurman.

This is really not the best Hallmark Christmas movie. We have a selfish dad who really tries his best to make Christmas great, but every choice causes damage. It’s not the best written script either. It’s just a mess from the beginning, and there was no way to turn the character around by the end of the film. The performances are lackluster. The casting really missed the mark for most of the characters. I really didn’t care for the dad or his problems, and then you have the script, which just didn’t make it matter. This film is not worth a watch.

Set after Hurricane Katrina, four boyhood friends out of options reluctantly accept an offer to pull off a dangerous heist in the heart of New Orleans. Starring Eiza González, Ethan Hawke, Kat Graham

The Secrets We Keep (R)

In post-WWII America, a woman, rebuilding her life in the suburbs with her husband, kidnaps her neighbor and seeks vengeance for the heinous war crimes she believes he committed against her. Starring Noomi Rapace, Joel Kinnaman, Chris Messina

A social media personality travels with his friends to Moscow to capture new content for his successful VLOG. Always pushing the limits and catering to a growing audience, they enter a cold world of mystery, excess, and danger. Starring Keegan Allen, Holland Roden, Denzel Whitaker

A recently widowed traveler is kidnapped by a cold blooded killer, only to escape into the wilderness where she is forced to battle against the elements as her pursuer closes in on her. Starring Jules Willcox, Marc Menchaca, Anthony Heald

A royal woman living in rural Russia during the 18th century is forced to choose between her own personal happiness and the future of Russia, when she marries an Emperor. Starring Elle Fanning, Nicholas Hoult, Phoebe Fox

As widespread power outages cause chaos and threaten lives across the country, the COBRA committee comprised of the UK’s leading experts and politicians, gathers to find a way to turn the lights back on. Starring Victoria Hamilton, Richard Dormer, David Haig

Charlie Manx, a seductive immortal who feeds off the souls of children, has his whole world threatened when a young woman in New England discovers she has a dangerous gift. Starring Ashleigh Cummings, Ólafur Darri Ólafsson, Jahkara Smith

Quiz tells the story of Charles Ingram, a former British army major, who caused a major scandal after being caught cheating his way to winning £1 million on the game show ‘Who Wants To Be A Millionaire?’ Starring Matthew Macfadyen, Sian Clifford, Mark Bonnar

Each episode features a fictional monologue by a person with a disability. Starring Liz Carr, Mat Fraser, and Robert Softley Gale.

This show is interesting and fun. We see fictional takes on the lives of people who are disabled. The writing is amazing, and the actors are brilliant. It brings out the heart of these stories. This show is a great highlight of people with disabilities. However, it’s not the best – there are flops, but it was warmhearted and a way to make you aware of those with disabilities around you. It brings out that we are just the same inside. This show is worth a watch.

A talented singer forms a group to compete with her rivals on Christmas Eve. Starring Tia Mowry-Hardrict, Jonathan Patrick Moore, and Andy Gala.

This is a cute film. It’s one of those films that is great to put on when you want to disappear from the real world. The music is wonderful traditional Christmas tunes, and the acting is the usual fare for holiday romance films. This was one of the annual films from AbcFamily. I loved AbcFamily films before it became Freeform. They were warm and traditional without a political agenda. This is one of those films. The chemistry between the actors works. The only thing that doesn’t is it’s continuity, sometimes the story doesn’t make sense. It’s a fun story that I wish was worth the watch, but ultimately it’s not.

An ensemble cast gives a comedic performance of a group of friends trying to remain connected during a pandemic. Starring Otmara Marrero, Parvesh Cheena, and Cassie Beck.

As the networks try to bank on the pandemic, and with shows rushed to production, this is another one of those shows. It’s definitely better written than the freeform show, Love in the Time of Corona. It doesn’t make a joke out of what is happening, but it does show how we all handle the pandemic differently. It’s emotional  and heartwarming. The actors were good with their performances. It also leaves room for growth in the storylines. It’s good – but not great. I still don’t think it’s worth a watch.