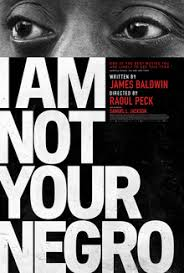 James Baldwin tells the story of race in modern America with his unfinished novel, Remember This House, in this documentary. Starring Samuel L. Jackson, James Baldwin, and Martin Luther King.

This documentary brings James Baldwin’s unfinished manuscript to the screen. It brings us the history of blacks in America, the uncomfortable history; however, it doesn’t flow together perfectly. The film doesn’t bring anything new to the conversation, but it does remind us where we came from. It’s a good documentary that brings the words and thoughts of Baldwin to life, but is it still relevant today? It is amazing to watch history unfold and know that there is still more to do. Overall, the film doesn’t go into much depth, but the story is still there. It’s worth a watch.