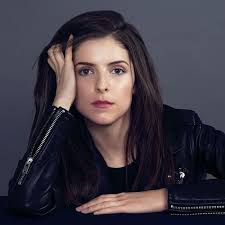 Inspired by a true story, a comedy centered on a 27-year-old guy who learns of his cancer diagnosis and his subsequent struggle to beat the disease.

Dancers skilled in everything from ballroom and ballet to salsa, jive, hip-hop and krumping, all compete to be named the best. Dancers must impress the judges with their moves and rigorous routines in order to survive the auditions and be invited to Hollywood. Producers traveled to Chicago, New York and Los Angeles in search of dancers who represent the soul and rhythm of America. Some dancers wow the judges, while others leave them speechless. See who struts into the producers’ hearts and who trips up on the series premiere. A fortunate 50 dancers who survive the auditions will go to Hollywood to work with five of the top choreographers in the business: Alex Da Silva, Brian Friedman, Dan Karaty, Mia Michaels and Mary Murphy. During the “Hollywood Week,” the semifinalists will dance their hearts out, as they learn challenging routines and hope to impress the choreographers.

A man returns to his small hometown after learning that his mother has fallen ill and is about to undergo surgery.

Ryan Bingham enjoys living out of a suitcase for his job, travelling around the country firing people, but finds that lifestyle threatened by the presence of a potential love interest, and a new hire.

As a math savant uncooks the books for a new client, the Treasury Department closes in on his activities, and the body count starts to rise.

Beca, a freshman at Barden University, is cajoled into joining The Bellas, her school’s all-girls singing group. Injecting some much needed energy into their repertoire, The Bellas take on their male rivals in a campus competition.

Five friends who reunite in an attempt to top their epic pub crawl from twenty years earlier unwittingly become humanity’s only hope for survival.

Stephanie is a single mother with a parenting vlog who befriends Emily, a secretive upper-class woman who has a child at the same elementary school. When Emily goes missing, Stephanie takes it upon herself to investigate.

A struggling actress and her novelist lover each illustrate the struggle and deconstruction of their love affair.

Bella Swan moves to Forks and encounters Edward Cullen, a gorgeous boy with a secret.

This entry was posted in 2020, Actresses, films, Lists, movies, Tv Shows and tagged 50/50, A Simple Favor, actress, Anna Kendrick, film, films, IMDB, Lists, movie, movies, Pitch Perfect, So You Think You Can Dance, The Accountant, The Hollars, The Last Five Years, The World's End, TV series, Tv Shows, twilight, Up in the air. Bookmark the permalink.